Can data quality regulations be used to keep agencies unbiased in their postings?

This is an interesting article that I would recommend which tries to find some conclusion as how agencies may be controlled on posting biased or un-biased information.

I think that Data quality regulations should be strictly used while assessing data released by federal agencies. A good example of why this is so can be seen where Data Quality Act (DQA) is applied to assess the information released by FDA on effects of Mercury consumption. According to the challenge written by Environmental Working Group against FDA’s seafood advisory, it is argued that the information released by FDA is highly confusing and it has no scientific standing that millions of pregnant women may be mis-leaded (DHHS.org, 2003, December 22). Application of DQA in such a situation is very important to bring in required quality, objectivity, utility, and integrity of information that is fed to the general public via FDA.

Also, the motivations of the petitioner should be examined. When it involves industries, it might be a part of mutual competition and the outcome is subjected to greater manipulation. Depending on the influencing power of the defendant, there is possibility that there is no effective review. DQA is a real blessing for the public to fight against most visible inconsistencies and biasing in disseminated information. Another viewpoint is that the regulation will lead to increased time taken by agencies to release information. But looking at the havoc that the biased and wrong information might bring in (especially when its a public information), the regulation is highly desirable, even though it consumes time.

In my opinion, biased view gets formulated due to influence by interested party to formulate the information according to his/her advantage. Such biased views can be caught and corrected by this Act, provided the party challenging the released information is sincere (not like OMG). The FDA case is a good example. When citizens gets vigilant and educated about the DQA, can use it to thwart such acts for personal advantage. The lack of judicial review is indeed a disadvantage when people try to use DQA against information error. I think, still its a powerful tool which can raise red flags and upheaval strong enough to effect change. I hope bills will be passed to enforce judicial review of DQA related case. Also, national security cannot be compromised by Freedom of Information. Tough decision indeed and the general public view on this would be that it should be kept secret.
Considering current political situation and influencing by interest groups, there is lot of opportunity for biased information being disseminated on critical issues that affects millions of common people. The Data Quality regulation is a powerful tool that common man can use in conjunction with his right to fight against being manipulated by wrong information. Having said so far I am a bit sad that OMB, who is responsible for propagating DQA principles, itself is not abiding by the same. 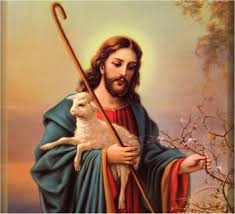 Is there a need for languages (like Java/ActiveX) where a corporation controls the standard but can only modify it in public ?