One of the fastest growing telecommunication industry is obviously mobile radio communication. Below figure shows a basic architecture of such a mobile communication network –

Radio telephones or cellphone, as they are generally called, provides a switched two way channel between two conversing parties like a conventional telephone. Telephones may be in vehicles which can dial calls and receive calls. These call signals are in the radio frequency range and the mobile phones are this connected to a radio control center. This radio control center is connected to the facilities of a public switched telephone network (PSTN). The radio channels are randomly allotted to the users. Calls can be made to any telephone subscriber from a telephone in a car or it can be called from a conventional telephone if the car is in a suitable location within the area covered by radio telephone control center.

In the conventional mobile phone communication, service is poor since the frequencies available is very low and the same frequencies will have to be used again and again. Now to provide better frequency support we introduce radio transmitters which could satisfy the frequency requirements of a small area usually called a cell which is a regular hexagon, few miles in width. Now there may be several such cells in a area each covering a specific area in miles. Each cell is allotted a radio transmitter having a group of frequencies.

Adjoining cells will not have same frequencies, but distant cells may have. Mobile phones connected to such a cellular network is often called a cellphone. The system determines the location of a cellphone connected to it and allocates any one of the cell frequencies available for that user. Now if the user crosses the boundary of the specified cell which he is now using, the system may now switch the phone to a new frequency cell without disrupting his conversation.

Pager services is a one-way communication process where the caller leaves a message with the service provider on the telephone network. The company then transmits the message through a radio signal to a pager where it is displayed. The person owning the pager pays the company a fixed subscription fee for the service.

Mobile satellite communication uses low orbiting satellites (LEO) for communication between two hand-held phones at two distant places. Such a means of personal communication medium uses the same frequencies regardless of the location. The call made from a mobile terminal is picked by a LEO and is transmitted to the nearest gateway station either directly or through inter-satellite links. The gateway station acts like an exchange, directing the call after identifying the use and destination using the information sent by satellites. 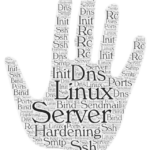 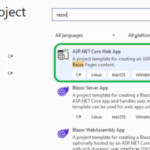 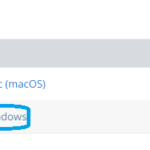